It's that time of the year again - though I have been feeling rather twitchy for a couple of weeks given how active the pattern has been over the U.S. Plains while I was still stuck in the U.K. The biggest fear is missing out on all of these events, and arriving in the Plains just as everything quietens down - but we shall see! 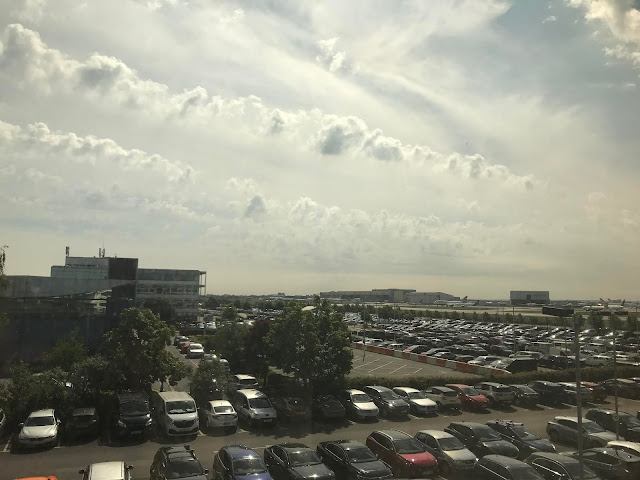 After overnighting at Heathrow we flew to Denver - we were an hour late taking off due to a combination of cargo slow to load onto the plane, one cabin having the wrong headphones and then apparently the jetty was stuck to the side of the plane! Eventually in the air, we had to avoid a complex of thunderstorms over the Plains (victims of our own success!) which added a little extra time to the flight.

It was 22C in Heathrow when we took off, but 7C in Denver on arrival! Strangely chilly, it's often warmer here than back home.
Picked up our hire vehicle (SUV) and drove to Limon (CO) for our first McDonalds of the chase, and our hotel for the night - been up for 24 solid hours! The good news is the next few days should offer some chaseable weather...