We decided the previous evening that we'd spent far too much time in Dallas doing nothing, so decided to get up early today (6am) and drive the 9hr journey to northwestern Kansas where there were hints in the models of a weak trough in a larger scale upper ridge which may develop some thunderstorms.

We drove north on the I-35, passing through Oklahoma City (OK), Wichita (KS), then north on the I-135 and west on the I-70 to Colby (KS). Keeping a keen eye on the radar en-route, we noticed an MCV forming in NE Colorado severe thunderstorm warnings on the southern most cells with the best inflow, although the constant backbuilding behind a pretty decent outflow boundary meant the strongest storms kept extending further and further southwestwards.

We parked in Colby (KS) and sat for a while, deciding which route would be best to keep up with the storm (since the storm was moving E/SE we were actually trying to keep ahead of it, rather than chase after it). At the time there was warm inflow winds, but eventually everything went calm and suddenly changed to cool outflow winds which picked up significantly as the outflow boundary came over us (visible in the clouds above too).
We moved southeastwards to a DIY petrol station between Colby (KS) and Oakley (KS) where we parked up and let the outflow boundary move back over us, to feel the change in wind. By now there was frequent CG lightning from the line of storms to our northwest. 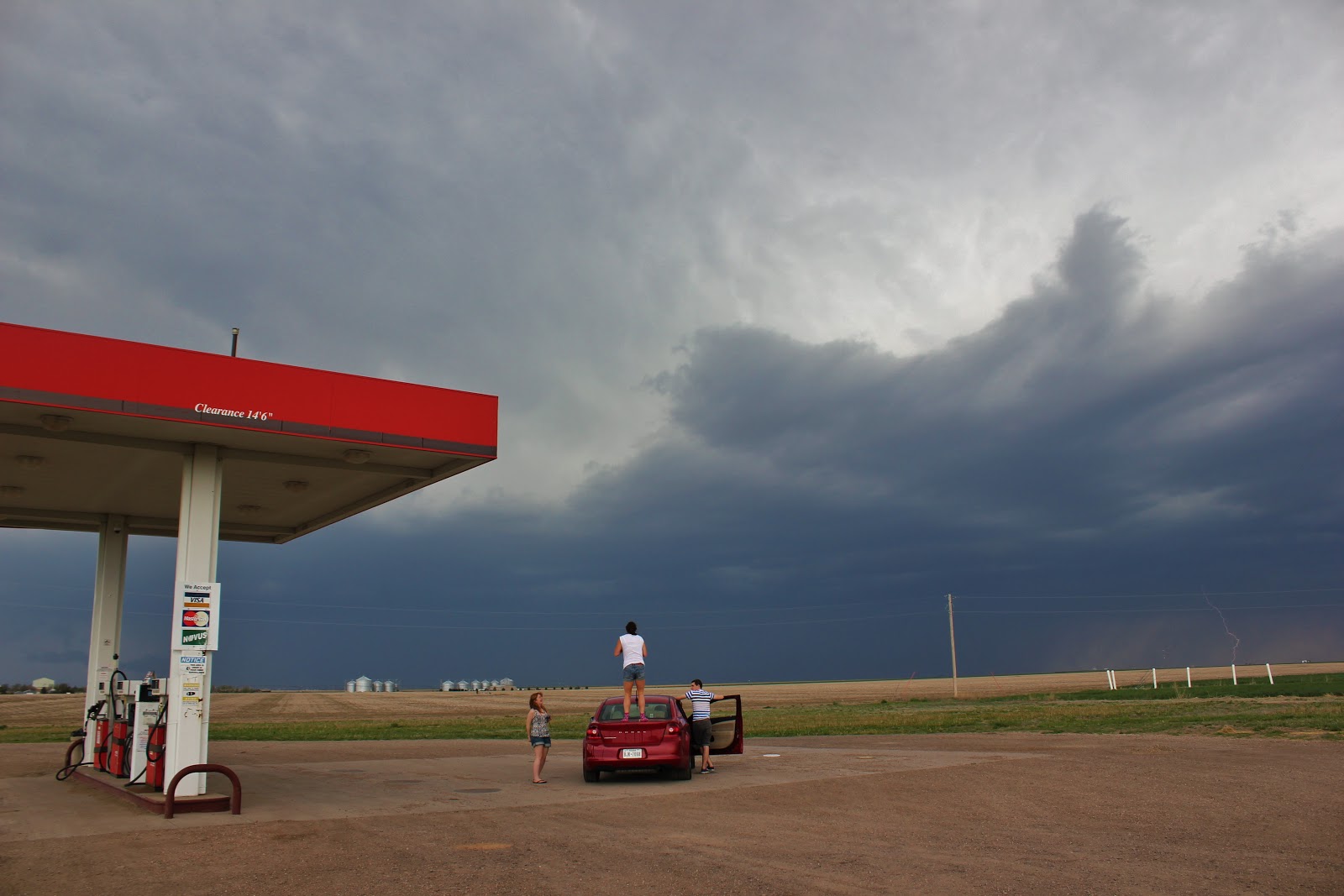 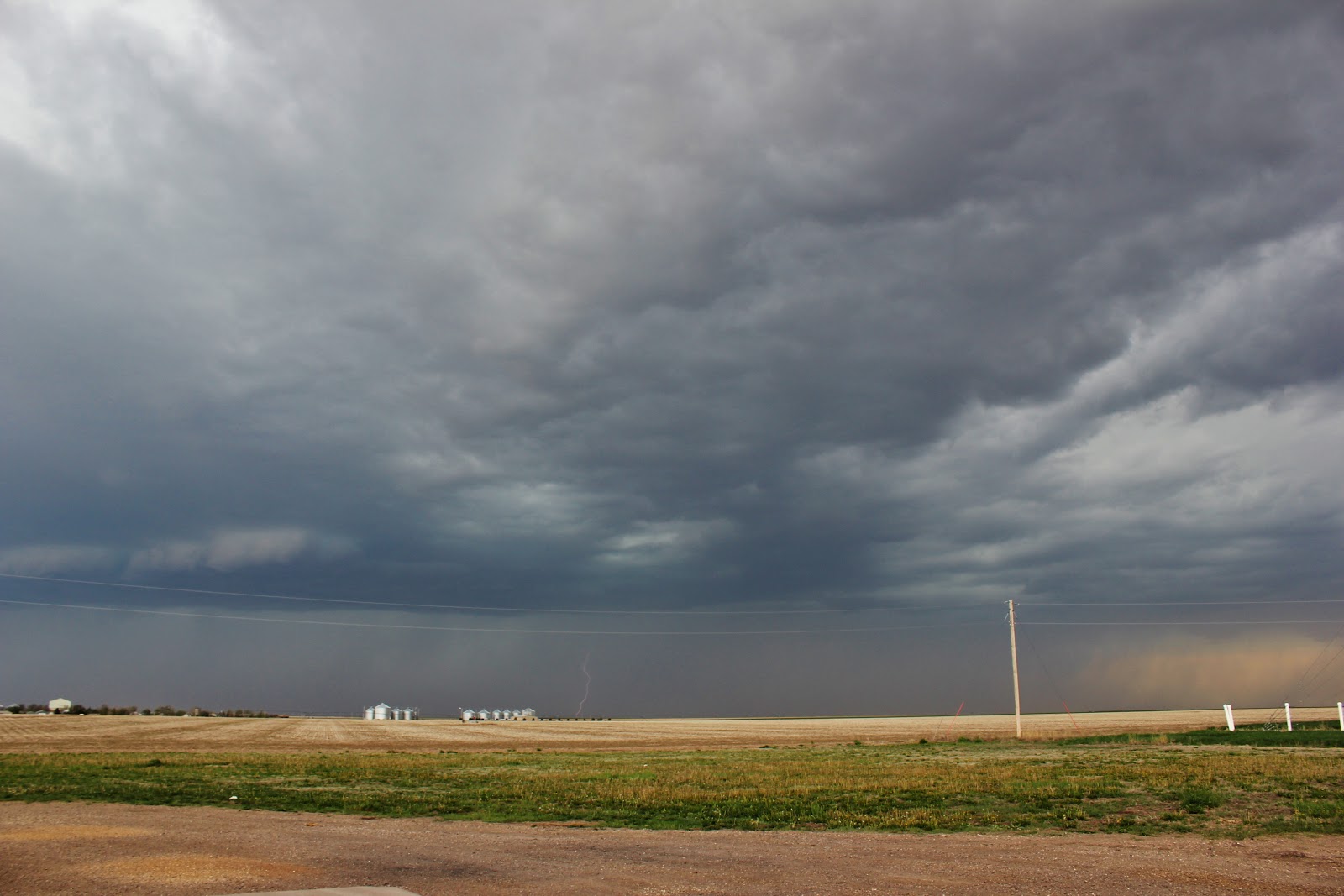 We attempted to intersect the outflow boundary twice more, but sadly the poor road network in this part of Kansas meant that we had to park up next to a derelict building on Highway 83 between Oakley (KS) and Scott City (KS) and let the line of storms pass eastwards in front of us to the north. 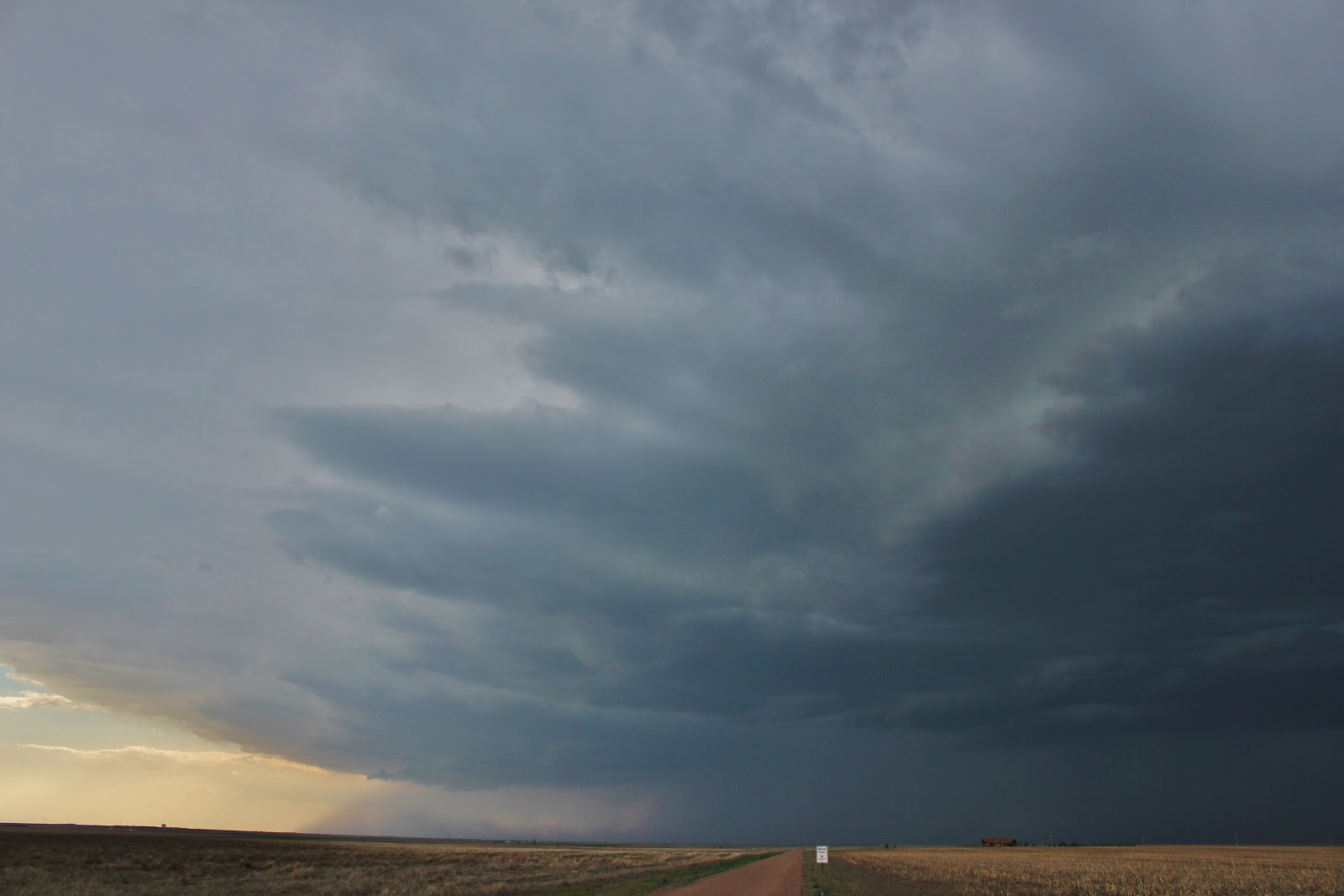 The Sun was beginning to set at this stage, so we were treated to a bright orange sunset to our west, frequent CGs to our north and east and a short rainbow for a period of time too. As darkness approached we headed west and north towards Hays, driving right through the line of storms with heavy rain and frequent, close lightning.
Posted by Dan Holley at 16:39